The men set to work under the helm of new All Blacks head coach Ian Foster is all but set.

And it would appear hopes of recruiting Joe Schmidt in an assistant role are all but over.

Foster saw off a strong challenge from Crusaders head coach Scott Robertson and has been given a two-year deal.

NZR Chairman Brent Impey said Foster would be joined by four other coaches, who will be announced in due course.

Last month, the Herald reported that Foster was trying to unite Hurricanes coach John Plumtree and Schmidt to join Scott McLeod on his ticket. 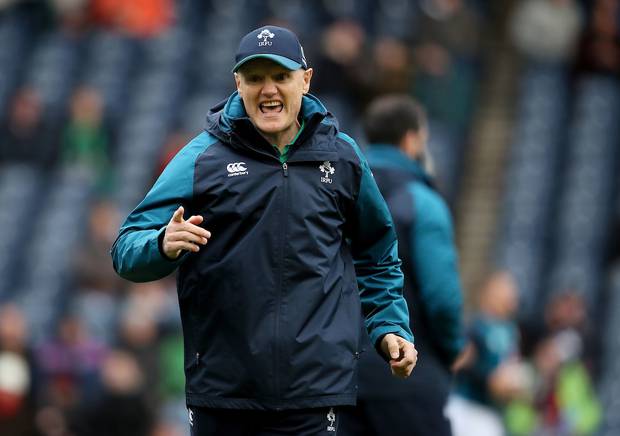 Schmidt has only said he intends to remain in Ireland to take a break from the game until June – a timeframe that would, potentially, leave him free to join the All Blacks coaching ranks for their next test series in July.

But rugby expert Scotty Stevenson has reported that Brad Mooar and Greg Feek are instead likely to join Plumtree and Foster, as well as Scott McLeod and David Hill, who are part of the current set-up. Foster remained tight-lipped on the makeup of his coaching team when asked at a press conference in Auckland today.

"I've got guys that are willing to challenge and I've got fresh voices in there that I think are going to really help us look at the game, to look at what we're doing and add spice to it.

Impey described the mystery team as a "diverse group of thinkers."

"While we can't confirm the full make-up of the coaching team today, we're delighted with the quality they bring − they have a wide range of coaching experiences," he said in a statement.

Meanwhile, Foster said he was humbled to be selected as head coach.

"I feel truly privileged and honoured to be given this opportunity and I can't wait to lead the team into the next chapter of what is a remarkable legacy," he said.

"I'm incredibly proud of what we have achieved in the All Blacks over the last eight years and I'm excited and energised by a new coaching team who will join me."