Kiwi cricket legend Jeremy Coney has all but accused current coach Gary Stead of desertion, in one of the most withering blasts against a sports boss for many years.

Coney veered between tearing Stead apart and mocking him, after it was revealed the coach was taking pre-planned leave during the three-match ODI series against powerhouses India starting in Hamilton today.

Coney, who captained New Zealand's greatest team, also suggested if some members of the current camp didn't have the necessary commitment, they might be better of working in a hardware store.

Stead's break comes after a disastrous run of test and T20 losses against Australia and India, in what has been billed as among the most important seasons in New Zealand cricket history. 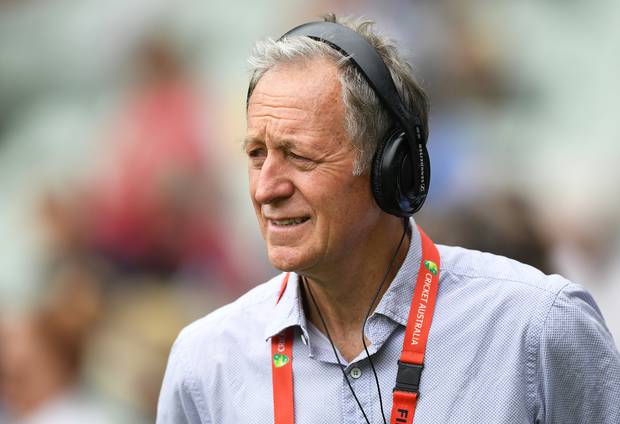 "This is probably the most important season we've had for 10 years, with no Zimbabwe, Bangladesh and West Indies to feast on," top cricket commentator Coney told Radio Sport Breakfast.

"We're facing the three big boys (Australia, India, England) – they were marmalised in Australia and it's now five-zip at home. Wouldn't you think the main coach and selector would be there.

"Can you see Steve Hansen leaving the All Blacks after they are one-nil down against the Lions, and taking a week off before the second test?

"This is the job and this is the main part of the season. It's ridiculous this is happening at this crunch time.

"You don't take your captain away from the helm when you are wanted most, when the ship is in deep shtook, amongst the rocks.

"Would you call it desertion or would you just say it's really bad look fellas? If I was (chief executive) David White I would say to myself, no I'm sorry Gary, you can wait a week.

"If you are really finding it tough and have to be away from the family, let's have a chat and find another coach for the T20 format." Coney said the Black Caps had been given plenty of time with family during the hectic Christmas/New Year's period. There was no warm up game before the test series in Australia, and families crossed the ditch for Christmas.

Coney said he was shocked that the head coach would not want to remain with the team at this time to correct problems, oversee the change of personnel for the different format and "coax better stuff out of his charges".

There were nine days off before the first test against India in Wellington, and the second test was in Christchurch – "Stead's place, his home town".

"I'm quite annoyed about it.

"I've heard they want to freshen up for the other challenges ahead after this series. What? What? What series are they?

"They've got three T20 and three ODIs versus Australia. They have the rest of March off, all of April, all of May, a couple of weeks in June off, then we face the might of Ireland, Scotland and West Indies.

"If it is too much for them ... you can go and get a job in a hardware store and see your family every night.

"It seems to me this is your job and this is the time of year when you really work."