Italian world number 12 Fabio Fognini has been added to the line-up for this summer's ASB men's Classic which will feature at least five players ranked in the top 20.

Fognini made the quarter-finals in Auckland this year and went on to claim his first ATP Masters 1000 title in Monte Carlo in April. He reached a career high ranking of 9 in July.

Medvedev will be the star billing, appearing in Auckland for the first time after an incredible season where he reached his maiden Grand Slam final at the US Open after capturing his first Masters 1000 title in Cincinnati during his run of six straight finals. He also won the Shanghai Masters in October, the St Petersburg Open in his native Russia and the Sofia Open in Bulgaria.

Only seven of the top 20 have entered either Auckland or the new ATP tournament in Adelaide which reveals its player line up later today. Five of them are in Auckland but it's understood that event has attracted 16-time grand slam winner Novak Djokovic.

Adelaide being a new tournament having replaced the tour event in Sydney, has provided stiff competition for ASB Classic tournament director Karl Budge with a majority of the players ranked between 20 and 40 opting to play there.

The likes of this year's semifinalist Jan-Lennard Struff and quarter-finalist Taylor Fritz have both entered Adelaide however Budge does have the extra carrot of having five wildcards (up from three) up his sleeve which Adelaide doesn't. 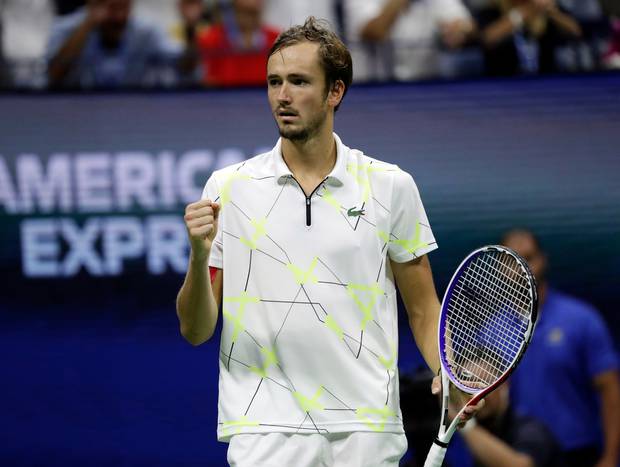 Daniil Medvedev stormed into the US Open final. Photo / AP

This is due to the new US$15million ATP Cup launching across the Tasman in Brisbane, Perth and Sydney on January 3.

The 10-day tournament features 24 teams playing in Groups of four over the first six days before quarters-finals in Sydney on the Thursday before the ASB men's Classic. 16 teams will be eliminated by Wednesday meaning some players who get knocked out early are likely to want a wildcard to play in Auckland.

Budge received dispensation from the ATP for the additional wildcards which Adelaide didn't due in part to the logistics of players making late decisions for transtasman travel.

It opens up the possibility players of the ilk of Dominic Thiem, Roberto Bautista Agut, Kei Nishikori and Diego Schwartzman becoming available almost at the last minute.

Regardless the 17 strong line up already assembled is as competitive as ever such is the depth on the ATP Tour. Auckland has picked up enigmatic Frenchman Benoit Paire who has had an outstanding season capturing two ATP titles and is ranked 24 in the world.

There are seven players who have competed in the Next Gen ATP Finals during their career. Among them are top 20 stars Medvedev, Khachanov and Shapovalov while American Frances Tiafoe, Norway's Casper Ruud and Frenchman Ugo Humbert all played in Milan last month and are tipped to have big futures.

Four of the top five ranked players in the field have cracked the top 10 in the rankings within the past two years and Fognini, Khachanov and Isner have 28 tour level titles between them.

This year's runner up ex-Kiwi Cameron Norrie, ranked 53, returns but defending champion Tennys Sandgren will need a wildcard or enter qualifying as the American ranked 68 is entered but as the fourth alternate with the cut off for main draw acceptances being 62.

Veteran Spaniard Feliciano Lopez is the last direct acceptance and the 38-year-old will be a popular addition to the tournament. He has been as high as 12 in the world and has won seven ATP singles titles.

Former champion German Philip Kohlschreiber, a semifinalist this year is another who has missed out on the main draw and will need either a wildcard or enter qualifying.

The ASB men's Classic starts on Monday January 13 with the final on Saturday 18, two days before the Australian Open starts in Melbourne.