The Silver Ferns will meet a familiar rival on the biggest stage in netball in the early hours of Monday morning, as they take on the Australian Diamonds in the World Cup final. Here's all you need to know ahead of the match.

The Herald will be live blogging the grand final from 3:30am followed by all the post-match coverage. Sky TV will be broadcasting the World Cup final live on Sky Sport 3 from 3.20am while the match will also be screened live on Prime.

This year is the sixth successive time that New Zealand and Australia will play in the Netball World Cup final.

Australia are coming off three back-to-back titles and will be eager to make it four after missing out on Commonwealth Games gold in the Gold Coast last April.

The Silver Ferns have won 51 of the total 147 matches played against Australia, giving them a 35 per cent win rate historically.

However, on the sharp end of what's been a year-long rebuild for the Ferns, their chances stand strong. 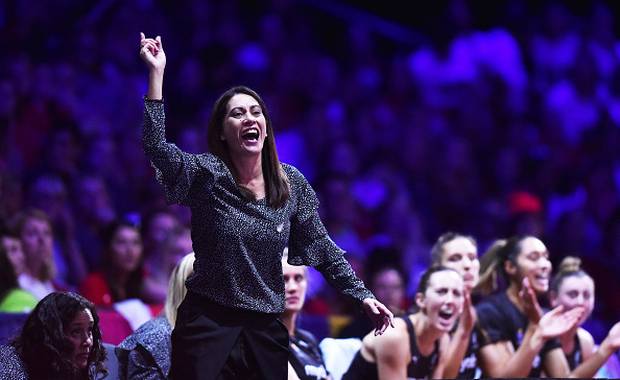 Journey to the grand final:

Their first defeat came against Australia (49-50) on Thursday night before progressing into the semi-finals as the second-ranked team from group F.

Australia went on to play second-ranked group E team, South Africa, while the Silver ferns faced off against top-ranked the England Roses.

Claiming a do-or-die 47-45 win over England on Sunday morning NZT secured the Ferns a spot in the final against Australia.

Can the Silver Ferns actually win the World Cup?

If the Ferns play with the same style, pace and tenacity as they did against England, yes they certainly have a good chance of lifting the trophy.

The Ferns' one-goal loss to the Diamonds in pool play on Thursday night should give them plenty of confidence too that they can foot it with the Aussies.

Taurua will be more prepared in terms of knowing when and where to make positional changes with the side's combinations now well and truly settled.

Australia rested star players including captain Caitlin Bassett for their 55-53 win over South Africa in the semis which could be seen as a tactical move having earned the 'easier' route to the grand final.

However, the thrilling win over England would have boosted the Ferns' confidence and should see them fired up ready to take out the World Cup.