Dereck Chisora's foul-mouthed demand for his clash with Joseph Parker to be elevated to main event has been met with amusement by his opponent.

Chisora launched a tirade ahead of his much-awaited clash next month – but it was not aimed at his Kiwi opponent.

The hard-punching Brit with a 31-9 record was furious their fight was billed as chief support on the undercard for the world unification title bout between super-lightweights Josh Taylor and Regis Prograis.

He has demanded to be either elevated to the main event, or that he receives more money given he believes he is the one selling out London's O2 Arena.

Parker has responded by telling the Herald that although Chisora has a valid, he doesn't care where he fights on the card as long as Chisora is in the ring in front of him.

"Who's the main event?" Chisora asked at an event to promote the card.

When it was pointed out that it was the men sitting next to him on the rostrum, the 35-year-old pointedly said: "That's not going to work for me. I'm not going to sell out O2 for them guys to be the main event.

"I'm not going to be chief support to these guys. They need to change that. I'm bringing war.

"I'm not going to be chief support – simple as.

"You want me to sell this out to my London fans and then put these little guys who nobody knows about on my show and try to mug me off." 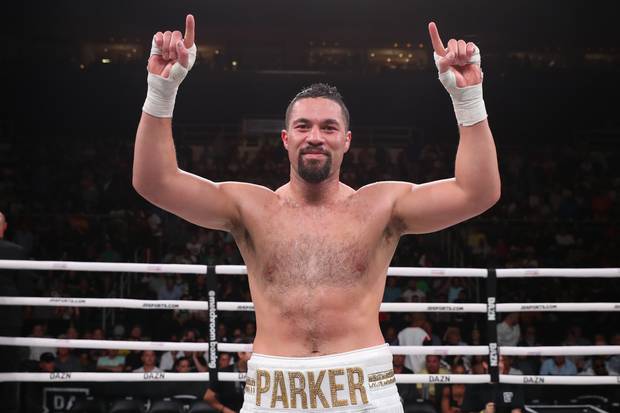 Chisora added some context by saying that interest in the modern boxing landscape was focused around the heavyweight division, a point Parker agrees with, though far less stridently.

"He has a point, of course he does," Parker said. "When we started talking about this fight it was the main event. We both have a lot of support and can attract big crowds, but it needed to be sorted out before the announcement.

"I don't want to take anything away from Prograis and Taylor. They're champions and they're trying to unify that division.

"Main event would be cool, but personally I don't care where I fight."

Londoner Chisora threatened to go "ballistic" unless things changed and, remarkably, promoter Hearn seemed to suggest his demand to be the main event could be met.

Speaking to iFL.TV immediately after, Hearn said: "Dereck feels it should be main event. He is co-main event. It was discussed with his promoter.

"We'll see. At the moment Taylor-Prograis is the main event. If there is some kind of public uproar, then Sky [TV UK] will have to look at it."

Chisora didn't back of from talking a little trash to Parker either, saying he will "smoke" the Kiwi former WBO heavyweight champ.

"I'm going to smoke that guy," Chisora said of Parker when asked by iFL.TV.

"This fight is going to be buzzing. I'm going to go crazy, man.

"If you watched me and Dillian in the first fight, you think that was a good fight, watch me and Parker.

Parker had a face-off with Chisora in Los Angeles recently and said Chisora was talking the same sort of game there.

"He was talking a whole lot of BS," Parker said. "That's him. The way to shut him up is to punch him straight in the face."

However, Parker believes that will provide better preparation for this fight than Chisora's demolition job.

In camp with trainer Kevin Barry in Las Vegas, parker said he turned up at his fighting weight and has spent his time working on specific combinations for the hard-punching Brit.

"I'm not going to say a round, but I'm picturing punishing him from distance and then catching him when he comes in.

"It will be a great fight."

The Chisora-Parker clash is one of the most eagerly awaited of the year and will thrust the winner back into the conversations with the four heavyweight belts, held at the moment by Andy Ruiz Jr and Deontay Wilder.