Australian media have slammed the Black Caps for their ill performance across the ditch.

The Black Caps fell to three heavy defeats against the Aussies and have since drawn criticism from all comers.

Here's what Australian cricket writers and media had to say ... (brace yourselves, it ain't good).

Labelling the tour as making for the "most disappointing test summer for some time," Fox Sports Cricket writer Tom Morris ripped into the Black Caps saying they "shouldn't come back".

"For all New Zealand's endeavour, good bloke-ness, right attitude, friendly nature and Neil Wagner, cricket fans will hope the Kiwis don't come back until they can offer more of a contest," he wrote. 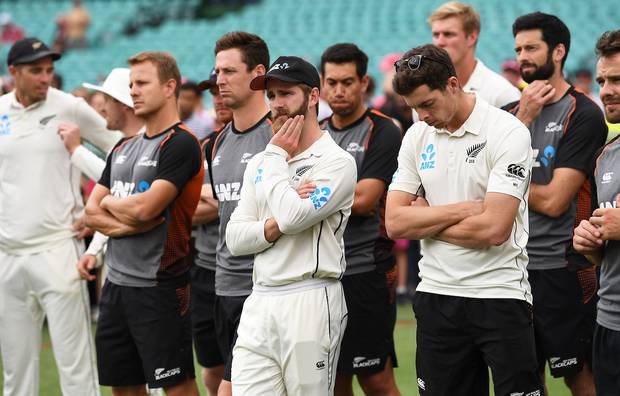 "They've been badly humbled by ruthless Australian XI. If there is one thing Justin Langer's teams have always been, it's well-drilled. They deserve credit for their clean sweep."

With the Black, Caps ranked second best in the world and Australia fifth, Morris went on to call out the ICC rankings, writing that they should instead be treated as loose guidelines.

Morris took another swing at the New Zealand side, suggesting upcoming tests with India and England would have to now save the disappointing season.

"They simply weren't good enough – not even close – which was a shame because Test cricket needs close contests to prosper. Luckily for Cricket Australia, the next two summers will be blockbuster affairs with India and then England due to tour.

"New Zealand's limp output is a shame for the fans. The Ashes proved there remains an appetite for the longest format on these shores, even if the time zone is not ideal. We wanted more this summer.

"But the sad reality of the summer is that for cricket lovers, it's been largely a no-contest.The same won't be said of India next season, regardless of the ICC rankings."

Test legend Ricky Ponting was quick to add his voice to the claims Tim Paine's team should be recognised as the second-best team in the world when speaking with Cricket.co.au.

Ponting went as far as to suggest a 'reshuffle' was in order.

"New Zealand can go down a spot on the back on this series because they've just been comprehensively outplayed," he said.

"It's not like they've really even competed to be honest. Perth was very bad (loss by 296 runs), Melbourne was even worse (loss by 247 runs) and Australia bat first here and get 454.

"If you're to compare those two teams, there's no comparison between Australia and New Zealand."

"Kane Williamson's side arrived last month with genuine ambitions to become the first New Zealand team to win in Australia in 34 years. Instead, they head home as the only Kiwi side to be blanked 3-0 on these shores," he wrote.

"The Black Caps' miserable tour will lead to questions about the depth of international cricket, but that would undersell how well Australia played.