The Black Caps are into their eighth Cricket World Cup semifinal, and a daunting task awaits them at Old Trafford in Manchester on Tuesday.

India – a team who thrashed the Black Caps 4-1 in their ODI series in New Zealand – are their opponent, having lost just one game all tournament and possessing the Cup's most devastating batsman. The Black Caps are understandably underdogs for the clash, having lost three games in a row, but as they will be quick to tell you, anything can happen in a one-off game.

Here are 10 crucial components that the Black Caps need to nail to claim victory tomorrow, and move through to a second straight World Cup final.

Win the toss and bat first

The toss has proven to be critical so far at the World Cup, especially recently for the Black Caps, with coach Gary Stead ruing their luck in losing tosses against Australia and England and then having to bat second on deteriorating wickets.

Be bold – and score a big total 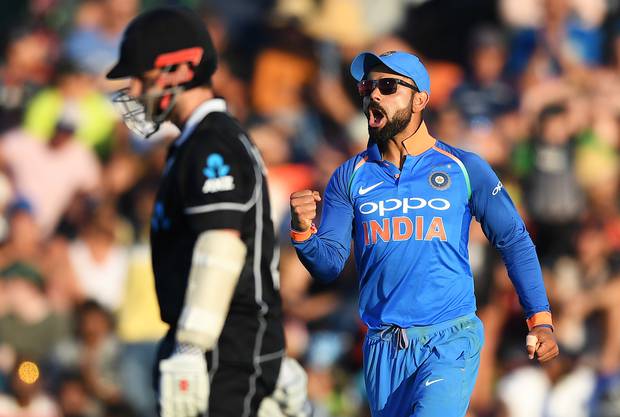 Kane Williamson's wicket will be a big one for Indian captain Virat Kohli. Photo / Photosport

Stead is picking 300 to be the magic mark at Old Trafford, especially with a new wicket being prepared for the occasion.

"It's a good cricket surface out there and has been right throughout the tournament.

"If you look at scores at Old Trafford you're looking at somewhere around 300 as probably about par. No doubt about it – you're going to have to score that many, and India are also a fantastic chasing team as well, we're certainly aware of those things."

To get to such a score, they'll need to…

Arguably the best bowler at the tournament, Bumrah has taken 17 wickets at an average of 19.5, and a sterling economy rate of 4.4. One of the best death bowlers in the world, Bumrah is exceptional at restricting opposition with yorkers of unerring accurary, but is most pivotal at the top of the order, often putting the clamps on opposition openers. New Zealand will need to overcome that, and…

Since their 137-run stand in their first-up win over Sri Lanka, the Black Caps' opening partnerships have been dismal, with two partnerships of middling success – 35 and 29 runs - and the rest of the returns making for ugly reading – 12, 5, 2, 0 and 0. 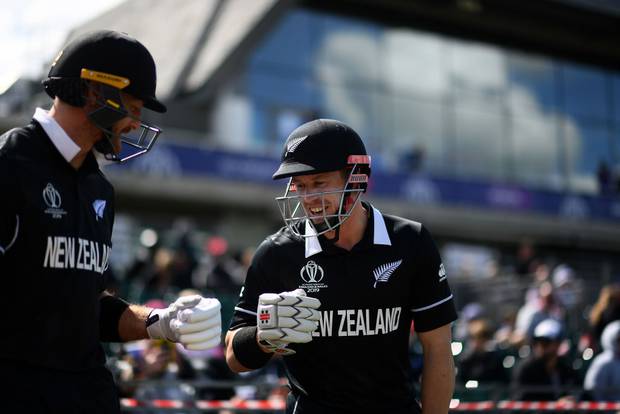 Martin Guptill and Henry Nicholls are set to be the Black Caps' chosen pair once more - Stead said it was unlikely they'd do anything drastic like opening with Tom Latham – and setting a good platform would take valuable pressure off Kane Williamson and the middle order. That, in turn, would be a helpful boost to their next task, which is…

If Bumrah is likely to be economical, and 300 is a required score for victory, then the Black Caps cannot allow India's spinners free reign.

India have the option of including three seamers, and just one spinner – with regular options Kuldeep Yadav (1-72) and Yuzvendra Chahal (0-88) having come under particular punishment against England. But considering New Zealand have struggled against spin at times during the tournament, and the fact both Yadav and Chahal shone against New Zealand in their series this summer, it would be a surprise.

That means the Kiwi batsmen will have to be aggressive against the pair, and one of those batsmen may have to…

Can any New Zealander summon their own Grant Elliott moment, four years on in another World Cup semifinal?

To win, the Black Caps are almost certainly going to require a magical innings or scintillating spell of bowling. Guptill's game-changing abilities have been touted all tournament, without success so far, while Williamson's potential for a major performance is undeniably evident. 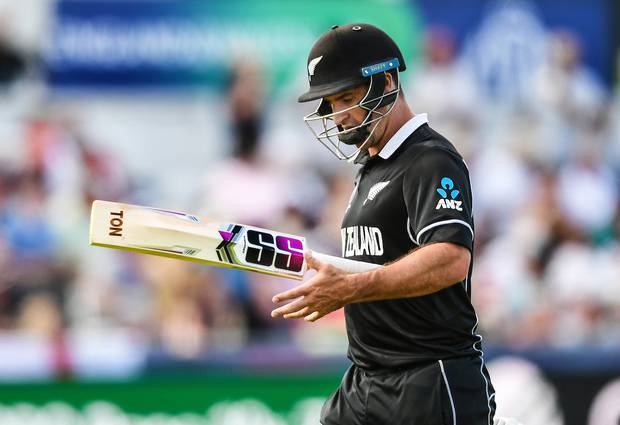 Colin de Grandhomme could be crucial for the Black Caps. Photo / Getty

The X-Factor of Jimmy Neesham and Colin de Grandhomme in the middle order, with bat and ball alike, could be a quiet key to the clash, while on the bowling side, it's likely to fall on Trent Boult or Lockie Ferguson to take apart the Indian top order, which will require them to...

Sharma is in the middle of an astonishing World Cup, smashing a record-setting five centuries, including three on the trot, and smoking 647 runs, just 26 short of the all-time record. 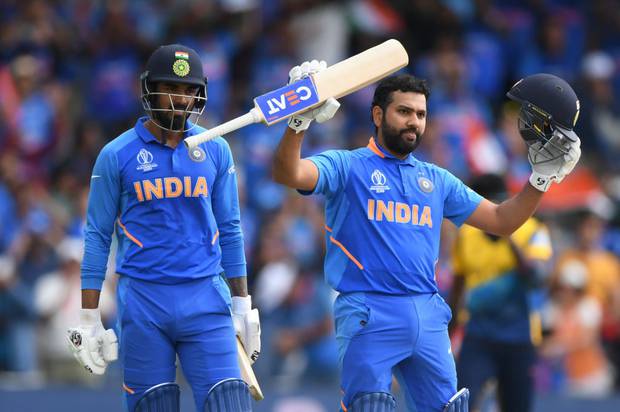 His record against New Zealand isn't as staggering though, with an average of 35 in 21 innings, his second worst return against a major nation. Earlier this year against the Black Caps – granted, in different conditions - he mixed two fifties with three failures to pass 11 – and has scored just one century against the Black Caps.

Of course, get Sharma out, and you still have to deal with the world's best ODI batsman in Virat Kohli, who averages an absurd 59.7, and Sharma's opening partner KL Rahul – who is coming into the game with back-to-back scores of 77 and 111. It will be crucial for the Black Caps to … 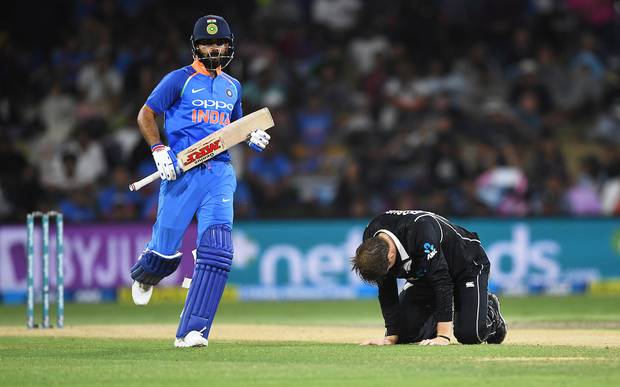 Virat Kohli has the potential to leave the Black Caps bowlers on their hands and knees. Photo / Photosport

India have remarkably only lost four wickets in their opening 10 overs throughout the World Cup, being content to start slowly before unleashing during the middle and latter overs. However, only England have managed to deny New Zealand's new ball bowlers so far, though to strike early, Boult and (likely) Matt Henry will need to…

Make the most of the conditions 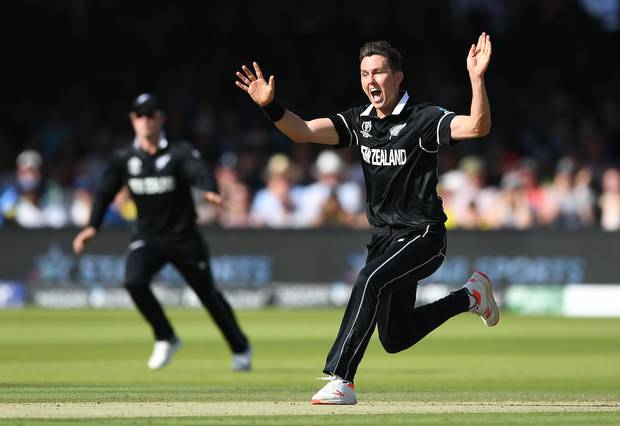 The Black Caps will be hoping those conditions are conducive to swing bowling, as it was in Hamilton, where Boult (5-21) and Colin de Grandhomme (3-26) destroyed India for an ODI record-low 92 with a superb display of swing bowling. With overcast conditions – and some potential rain – about, it could throw a spanner into the works of an Indian batting side who will remember how dangerous New Zealand were that day. New Zealand, though, would also be well advised to …

On 16 occasions a team has come into the knockout stage of the World Cup off the back of a loss – and none of those sides have ever won the World Cup.

If they can nail some of these key factors, the Black Caps will be in position to be the first.