McLaughlin has already claimed his second consecutive Supercars title before the 2019 finale in Newcastle this weekend, after a controversy hit year in which he won Bathurst and crushed all comers.

Some opponents have questioned the legitimacy of McLaughlin's Ford Mustang and suggested his victory is more about the car than driver.

Earlier this month, McLaughlin and his DJR Team Penske came under fire for safety car tactics at Mt Panorama.

An engine breach was later discovered, causing McLaughlin to be relegated to the back of the grid in the subsequent Sandown 500 in Melbourne.

McLaughlin, who still managed to claim back-to-back titles, later blasted his rivals as "toxic" but the feud has continued to simmer - with the 26-year-old this week caught in a war of words with Scott Pye on Instagram.

Australian Holden driver Pye responded to a media appearance from McLaughlin during which he said he "can't control what other people say, what they do, what they judge us on, whatever".

"Tired of seeing this rubbish. As one of his 'peers' I've never spoken to Scotty about this or been critical of the team," Pye posted on his Instagram story.

"But you must understand that some people are going to be pissed off that a car and team that's been constantly found to be illegal continues to get meaningless penalties.

"Not saying you wouldn't have won, clearly doing a great job but who knows. It will forever be tainted."

McLaughlin hit back, saying: "We were found [guilty] once of a technical infringement in one qualifying out of 325 times being scrutineered. So now you understand why I believe this is how our title hasn't been tainted."

Pye then compared the breach to that of Armstrong, who in 2012 was stripped of his titles and banned from cycling for life following what authorities described as "the most sophisticated doping scheme in sport". 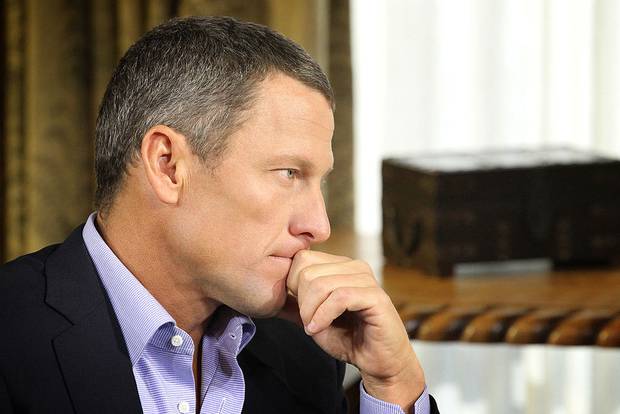 After years of denials, Lance Armstrong admitted to doping during an interview with Oprah Winfrey in January 2013. Phot / Getty Images

Armstrong finally admitted he was a serial drugs cheat to Oprah Winfrey in January 2013.

"Even if it was once that's enough to being everything into question. Lance Armstrong (most tested athlete) was caught once, but it ruined his whole career," Pye posted in response to McLaughlin.

According to Fox Sports, Supercars is in the process of reiterating its social media policy to teams and drivers following the exchange between McLaughlin and Pye.