When Noeline Taurua learned she would be made a dame on the New Year's Honours List she felt "uncomfortable".

Since leading the Silver Ferns to netball World Cup glory in July, the New Zealand coach hasn't taken any credit.

What she achieved with a team who had 15 months earlier fallen to their worst-ever Commonwealth Games result will go down in history.

Yet the first thing Taurua did was scurry in search of a way to help her new title "sit better".

"It didn't sit comfortably with me and mainly because I know there are so many amazing people who have been involved in our sport and 100 per cent committed for a very long time," Taurua says. "My own philosophy has always been about the collective.

"Everybody has a role and I find it quite difficult for one person to be able to be singled out.

"I read Sir Edmund Hillary's [book] after receiving his knighthood, what he did ... that was my own way of finding where it actually sat properly." 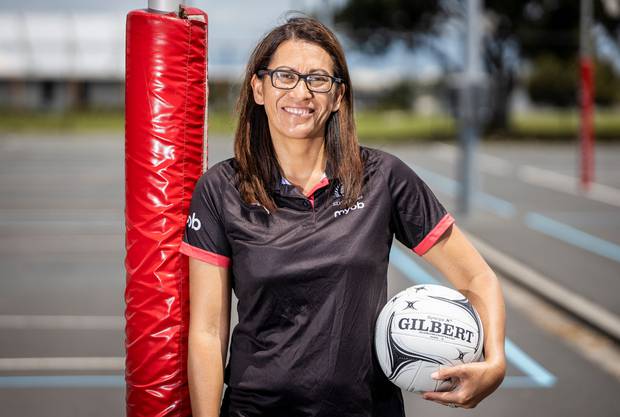 Taurua took over the Silver Ferns in late 2018, shortly after Janine Southby resigned with six wins from 18 games.

The Ferns' future looked grim and there was very little public faith in a comeback.

Taurua never questioned herself or her unorthodox coaching style — one she says was inspired by the Silver Ferns coaches before her.

"The best coaches that New Zealand has produced, Yvonne Willering, Waimarama [Taumaunu], Lois [Muir], Leigh Gibbs, Tracey Fear, there's so many great coaches that I've had the privilege of being a player [for].

"As the years have gone on, I've sort of found my own approach, confident in myself and also the style and how I bring the team together.

"A lot of wins and losses and the experience of that and what you need to do to get up and face the challenge the following day."

She says it's the players who keep her in the game."That's what it's about. Amazing people who have great intention to be better, to contribute to society and using netball as a vehicle."

Taurua says she'll use her new title as motivation to give back.

"If anything, it's given me a bit of a hurry-up and know that I have to pay people back and the sport for the recognition that I've received."