Last week, the Wallabies were riding high, but at Eden Park, the All Blacks have given Australia an almighty reality check.

A 36-0 drubbing at the Kiwis' spiritual home has sent a warning shot ahead of the World Cup.

The win sees the Kiwis retain the Bledisloe Cup. As the reigning champions, New Zealand holds onto the trophy after this year's two-match series was locked at one-all.

Here's how the Aussie media responded:

If New Zealand are ever going to play anywhere after a loss, they must want it to be Eden Park.

The Auckland ground has once again proved to be the fortress of nightmares in World Rugby with the All Blacks continuing a 25-year domination at the ground.

The last time the side lost at Eden Park was 1994 with a record of 41 wins and two draws in that time.

While the Wallabies tried to stay with the All Blacks in the first half, New Zealand grow an extra leg at the ground and hit back after the record loss in Perth last week. 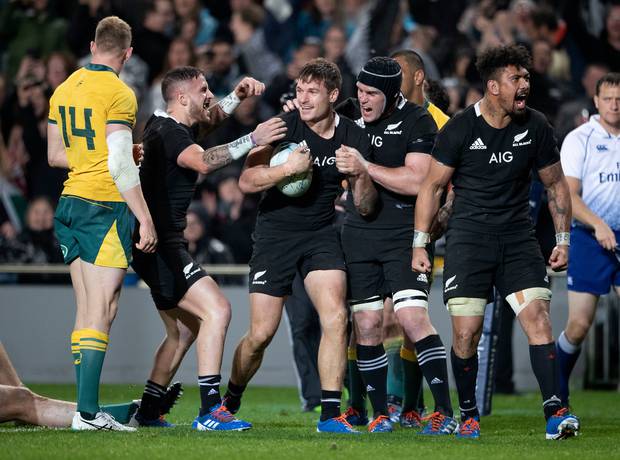 Not content with just beating Australia, the Kiwis humiliated the Aussies, holding the side scoreless for just the second time in any Test since 1973.

The 36-point win was also the second biggest winning margin in Bledisloe history after the Kiwis' 43-6 victory in Wellington 23 years ago in 1996.

The All Blacks have now claimed the Bledisloe Cup for the 47th time (48th if you count the drawn series in 1952), 17th time straight and continue the 33-year stranglehold over the Wallabies at Eden Park, who last won at the ground in 1986."

By Georgina Robinson of the Sydney Morning Herald

"Revenge is a dish best served cold and with a side of bloodied Wallaby.

"Australia butchered their best chance in a decade to break a 33-year hoodoo and put the Bledisloe Cup in an Australian trophy cabinet for the first time since 2002 with a dismal 36-0 loss at Eden Park on Saturday.

"The All Blacks had the last laugh. Or they would have, had hot rage not fuelled their every carry, tackle, fend and clear-out as they bludgeoned Australia in an 80-minute rampage that finished one point shy of equalling the Wallabies' largest ever losing margin to New Zealand.

"After a week of hand-wringing up and down the country, brought about by Australia's record 47-26 win in Perth, Kieran Read and his players proved the doubters wrong. Five tries to nil wrong. 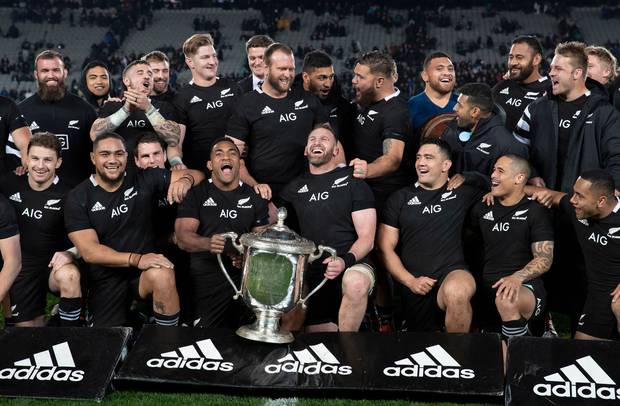 By Christy Doran of Fox Sports

"What started as a dream once again quickly faded into the darkness of the black.

"The Bledisloe Cup remains on New Zealand soil for a 17th straight year after the All Blacks embarrassed the Wallabies to win just the third decider since 2003 36-0 at Eden Park.

"On Saturday the New Zealand Herald greeted the Wallabies with a friendly reminder of where they were headed: the graveyard of Australian rugby.

"Welcome back to the fortress," the front cover of the national newspaper read.

"What greeted them was a completely different beast to the one that showed up in Perth a week ago, when the Wallabies swept aside the world champions in record fashion as they beat the All Blacks 47-26.

"It was the first time the Wallabies had been kept scoreless against the All Blacks since 2012, when New Zealand won 22-0 at the same venue." 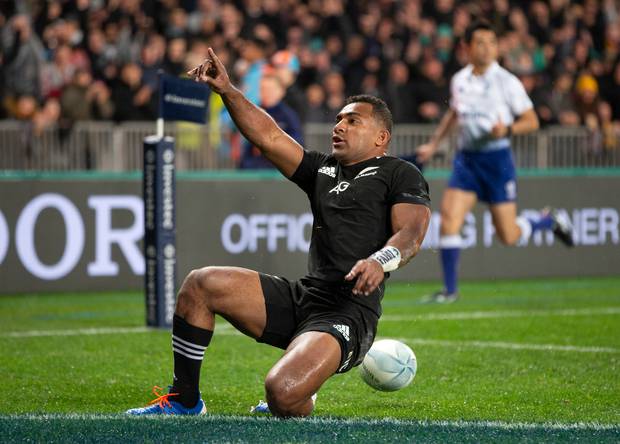 By Sam Worthington of Fox Sports

Wallabies coach Michael Cheika apologised to test greats George Gregan and Justin Harrison as well as Australian fans following the 36-0 capitulation to the All Blacks at Auckland's Eden Park.

Cheika said sorry to Gregan and Harrison after being interviewed by the two men on Fox Sports.

"Obviously it's not ideal in the context of the Bledisloe, so many Australians behind us," Cheika said.

"They were pumped for it and we feel really disappointed that we let a lot of people down."

Cheika pointed out the similarities to 2015 where the Wallabies won the Bledisloe opener, got pumped at Eden Park in game two and were able to make a run to the World Cup final.

"Once you get dusted you have to learn from it," Cheika said.

"I suppose in '15 we felt a bit the same way and we took a lot out of the game here in '15 and were able to build it into what we took forward into the World Cup.

"That'll be the objective to do again.

"Even though we got knocked down tonight, we'll keep improving and keep building from there and get into the knockout tournament, that being the World Cup, and just take it a game at a time."

So much for the revival

By Wayne Smith of the Australian

"So much for the Wallabies revival. They were put to the sword by New Zealand tonight as the All Blacks wrapped up the Bledisloe Cup for a 17th straight season with their biggest defeat ever over Australia at Eden Park, 36-0.

"Stung by their record 47-26 loss at Perth's Optus Stadium, the All Blacks were in an utterly ruthless mood tonight, not only scoring five tries to nil but also ensuring that the hapless Wallabies did not even break the duck. It was the sixth time that Australia had been held scoreless by the men in black and while it could be said they did enough to deserve better, that will not be how the scoreboard records it.

"Australia was well and truly put in its place tonight, twice conceding penalties to seven-man New Zealand scrums and the game was not even half over before they were forced to throw caution to the wind. And on a wet night, that was only ever going to end badly."

From Perth, the land where it rarely rains, to Auckland and the Land of the Long White Cloud, the Wallabies were shell-shocked in the first half.

Reportedly a picturesque day before game time, the heavens opened up and made life tough for both teams.

The open attacking match of seven days ago was replaced with a slug-fest with the forwards having to put in the hard yards in the middle of the field.

Even the rare break from a back was difficult with the slick surface seeing speedster dragged towards the sideline like they were on a sheet of ice.

It was a tough night for the goalkickers as well as the All Blacks Richie Mo'unga kicked an early penalty goal but the Wallabies couldn't respond.

Two shots at goal from Christian Lealiifano both missed, making the job all the harder, despite not being the most difficult kicks.

"To be honest, it does change the game just in the sense that you get reward for your effort," Will Genia said. "You probably feel a little down because you haven't capitalised. But the guy never misses so you're never going to blame him."