New Zealand will remain a stop on the Sevens World Series for at least the next three years as hosting options in Fiji continue to be explored.

But while the event, which has been held in New Zealand since 2000, will remain on Kiwi shores, it will not be in Hamilton in 2021.

New Zealand Rugby is exploring options of host cities for next year's event, with the tournament returning to Hamilton for 2022 and then, all going well, being held in Fiji in 2023.

Speaking at the event in Hamilton today, NZR chief rugby officer Nigel Cass confirmed the format for the next few years, and said the options explored in Fiji to host next year's event were not suitable.

Initially, there were suggestions Fiji and Hamilton would host the stop in alternate years from 2021, however Fiji did not have the infrastructure required to host the tournament that soon. 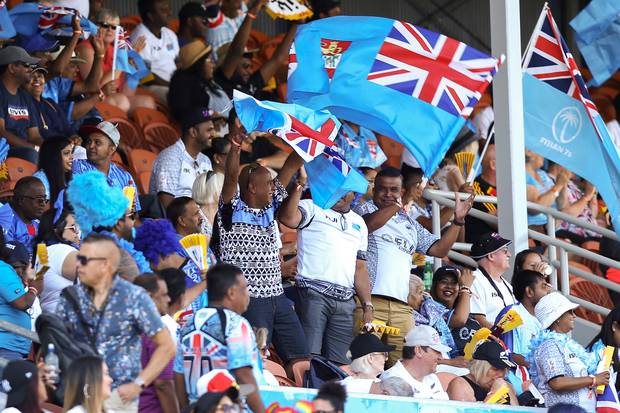 "We were really hopeful of getting a tournament in Fiji in 2021," Cass said. "There's a hell of a lot of infrastructure for a tournament of this type and, for next year, it's just not going to be possible.

"We're not giving up though. We're really keen, as are the Fijians, to take a tournament to Fiji and we remain really hopeful that we can do that in 2023.

"(Now) we're looking for somewhere that can hold a one-off, really exciting experience for the sevens to be hosted next year."

Fiji has played host to Super Rugby matches, all held in Suva. Cass said the hope was that a Sevens World Series stop would be hosted in Nadi, which is closer to the international airport and the tourism hub of the country.

Cass didn't say if there was a frontrunner to host the 2021 event, but said NZR were talking with "a number of cities" who were interested in hosting the tournament, and didn't rule out a return to Wellington as an option.

"You never say never do you, but there are a number of other options that we're looking at as well."

A decision is expected to be reached on where the 2021 tournament would be played sometime in the next six-to-eight weeks.