The ASB Classic women's event is a day away from staging the biggest final in its history.

The dream scenario of Serena Williams meeting Caroline Wozniacki in the showpiece tomorrow evening remains on the cards, after Wozniacki yesterday took down defending champion Julia Goerges 6-1 6-4 in a compelling display of accurate tennis.

Earlier, Williams had progressed past German world No 75 Laura Siegemund 6-4 6-3, to ensure both superstars moved into the last four.

Nothing is assured, and both Williams and Wozniacki will face players in form today, but what a prospect, full of wonderful storylines.

Two former world No 1s, who are best friends off the court. Wozniacki in her penultimate tournament, with Williams already stating she will be "an emotional wreck" at the Australian Open, as she contemplates seeing Wozniacki in action for the last time.

And Williams back in a decider, ahead of her bid for her 24th Grand Slam in Melbourne. There's also the fact that despite their long careers, they have met only once before in a final, at the 2014 US Open. 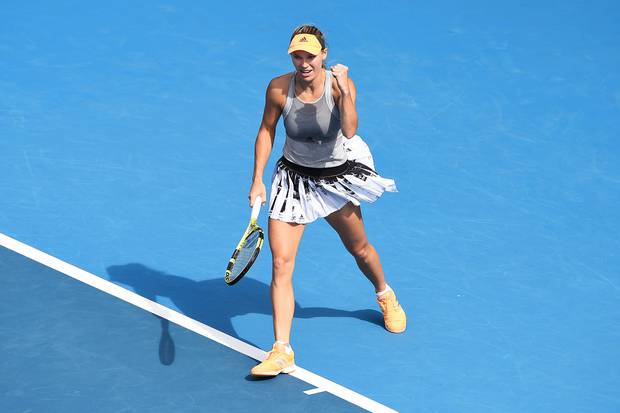 There have some great ASB Classic climaxes in the past, particularly the enthralling three-set battles in 2014 (where Ana Ivanovic beat Venus Williams) and 2015 (when Venus trumped Wozniacki), but this would be bigger than Texas, and garner significant attention across the sporting world, especially because of the circumstances.

Wozniacki was impressive yesterday, imperious on serve and typically strong on her return game. She hit three aces, no double faults and landed 81 per cent of her first serves, but was aided by Goerges, who struggled to get going.

"It was a tough day at the office," said Goerges. "I didn't feel any ball today, and if you play Caroline you better shoot a ball here and there. It doesn't look good for you if you don't have a rhythm.

"She was rock solid, and dealt way better with all the conditions today and it was a well deserved win for her."

It was a shame for Goerges, who has been a popular champion over the last two years, and brought to an end a 12-match singles winning streak on the Auckland courts.

She also reached a final in 2016, and the last four in 2017, remarkable consistency over a sustained period. 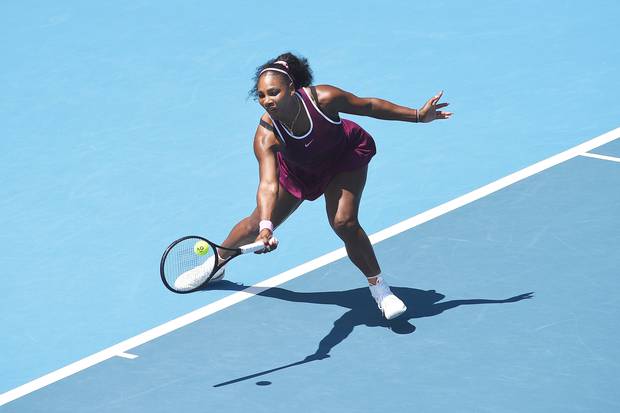 Serena Williams makes a return during her quarter finals singles match against Laura Siegemund at the ASB Classic. Photo / AP

"Overall it was not good enough today," said Goerges. "Obviously I wanted to win another title here but I knew that it would be tough anyway. I'm very happy with what I have achieved here, and I'll be back."

The 31-year-old German looked off-colour from the start, as Wozniacki sprinted to a 4-0 lead, eventually taking the set 6-1.

Goerges offered more resistance in the second set, trying to be more aggressive and found some corners, but made too many errors.

Wozniacki had four break opportunities, took one and was composed enough to convert her second match point.

Wozniacki will face world No 83 Jessica Pegula today. The American moved into the last four with a 6-0 3-2 win over Frenchwoman Alize Cornet, who was battling a thigh injury from the start and pulled the pin midway through the second set.

The 25-year-old, who has been coached by Venus Williams' former mentor David Witt since late last year, has been affected by serious injuries in recent years but enjoyed a strong 2019 season, winning her first WTA title (Washington), making her main draw debut at Wimbledon and Roland Garros and moving into the top 100 for the first time.