Serena Williams has punched her ticket to the ASB Classic final in dominant fashion, steamrolling Amanda Anisimova in straight sets to set up a meeting against countrywoman Jessica Pegula in the main event.

The former world No1 and top seed at the tournament made the most of Anisimova's serving woes, dispatching a number of second serves as only managed to put 61 per cent of her first serves in play. Against a hard-hitting opponent like Williams, the young America's second offerings were cannon fodder - sitting up nicely for Williams to lace into the corners, while Anisimova only won 55 per cent of the points off her first serve.

Anisimova did show glimpses of her potential, winning a few points by moving Williams around the court and waiting for the opportunity to send down a winner. When the match ended, Anisimova had 10 winners to Williams' 12.

However the good points were few and far between the bad for Anisimova, as Williams' power game was too much for her young opponent. 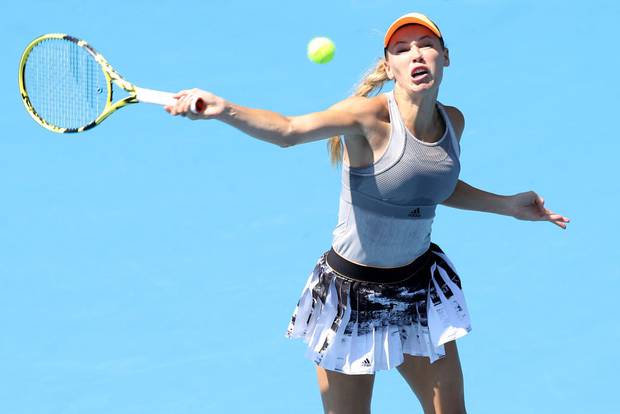 Caroline Wozniacki has been knocked out of her final ASB Classic at the semifinal stage. Photo / Getty Images

She'll meet world No82 Pegula in the final, as the New York native was too good for Denmark's Caroline Wozniacki.

After losing finals in 2015 and 2018, the fifth seeded Wozniacki was hoping to make Sunday's title decider, but was outclassed by the American.

Wozniacki, who was appearing in Auckland for the final time before she retires after next month's Australian Open, was hoping for the perfect send off in 2020 but it wasn't to be.

Pegula took an aggressive approach, constantly pinning Wozniacki behind the baseline, and it worked to perfection.

The European is a counter-puncher, but couldn't get any momentum and was almost helpless in the third set, always one step behind.

Before that things had started promisingly for the Dane, as she edged the first set, with Pegula struggling to cope with the pace and accuracy of her groundstrokes.

The Dane has played more than 900 matches on the WTA tour, and her efficient, clean hitting off both wings is usually a challenge for most opponents.

After both players exchanged early breaks, Wozniacki went ahead in the sixth game, to take a 4-2 lead. She consolidated, then converted the first of three set-point chances at 5-3, when Pengula sent a forehand long.

The second set was a much tighter affair. Both players exchanged early breaks, before Wozniacki found herself in a hole in the tenth game.

She served one set point at 15-40, working Pegula around the court, but couldn't retrieve the second, as the American levelled up the match.

Pegula carried that momentum into the third set, going 2-0 up after a weak second serve from Wozniacki on break point. 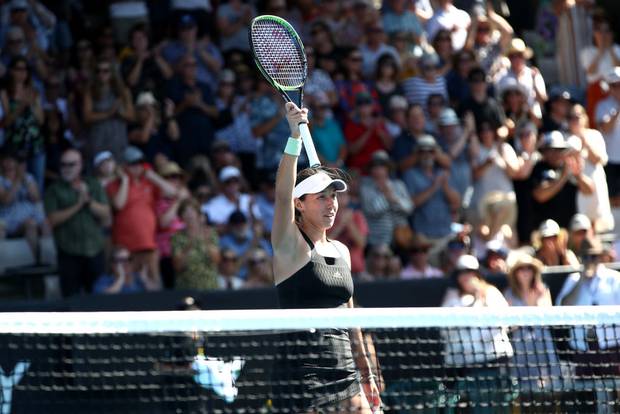 You sensed it might not be the Dane's day in the next game, when she netted a simple backhand volley at deuce.

Pegula couldn't miss, and was negating everything that Wozniacki attempted, going 4-0 up with another break.

There was no way back for Wozniacki. She saved one match point at 0-5, but Pegula converted the second to claim what will be a career defining victory.