Spithill, who won the Cup twice with Oracle Team USA in 2010 and 2013 before losing to the Kiwis at Bermuda 2017, has re-joined Italian Challenger of record Luna Rossa and is excited by the radical foiling monohulls now being sailed.

On a recent podcast the Australian said he had no doubts Team New Zealand were the team to beat as the four heavyweight syndicates get to grips with the revolutionary 75-foot boats.

"Right now I'd say the Kiwis are well ahead of the other teams," Spithill told Shirley Robertson on her sailing podcast.

"You can't deny that fact. They are on the race course, doing laps. Doing race laps and doing really good."

Spithill said Team New Zealand's ablity to train and do their research and development in the waters that will be used for the America's Cup was a big bonus. 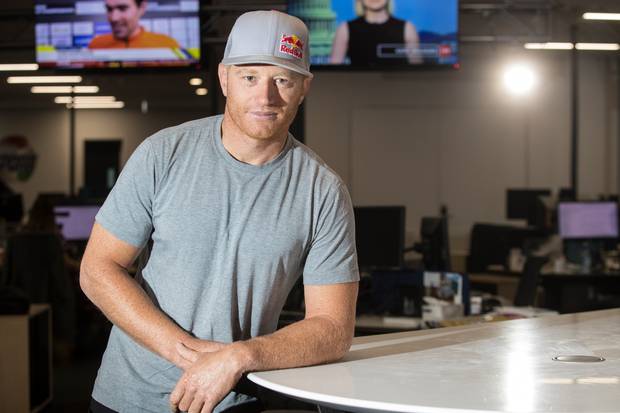 He also felt Team New Zealand's decision to build a test boat to operate while Te Aihe was in transit to and from Europe for world series buildup regattas was clever.

Spithill said he has been frustrated at the length of time it took to get the Luna Rossa boats on to the water and said the learning curve was now very steep.

"We've got a year to go and it feels like we are just starting to sail these boats properly now." Spithill said.

Spithill said he had reservations about a return to monohulls and initially didn't know whether he wanted to stay in the game.

"Competitively I wanted another shot, but another monohull … I don't know. Then when I saw the first drawing come out, I wanted to be back in it, thinking that was really cool."

He said this moment felt like San Francisco in 2013 when the decision was made to sail in 72-foot catamarans.

"It is such a big step again," Spithill told Robertson. 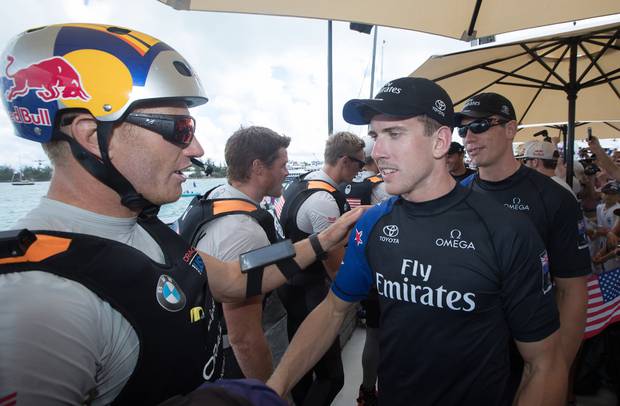 Jimmy Spithill was outfoxed by Peter Burling in 2017. Photo / File.

"The scale of the thing is big. When you go to a boat that has the loads like this, the big righting moment, the big arms with the big chunks of lead on the sides … it is incredible.

"The boats are really, really cool. The boats are very complex but it is just an amazing time to be involved again because it's so new and there is such a steep learning curve. You look forward to sailing every single day."

The 40-year-old said revenge was a factor in driving his competitive spirit as he opened up on the emotions of watching Team New Zealand walk off with Cup.

"First of all, you couldn't help but respect and admire what Team New Zealand had done. You look at San Francisco and that was brutal, the way that loss went.

"The fact they were able to regroup, pull themselves together and come back and run a campaign like that – and it was a perfect campaign, they didn't get anything wong – you couldn't help but admire that and respect it.

"For me … it's hard to put into words ... but mostly you'd just let everyone down, that was the feeling."