Less than a week after its official launch, Emirates Team New Zealand have started testing their radical new boat's rigging and sail systems.

The boat, named Te Aihe, was unveiled on Friday at Auckland's viaduct, with fans getting their first chance to see the vessel that Team New Zealand hope can defend the 2021 America's Cup.

The crew then took the boat for a tow on the harbour, but were more secretive about their first foiling session - although that didn't stop intrepid followers from managing to spot the crew in action on Monday.

With most of the weekend's wet and windy weather settled, the Herald can confirm that Team New Zealand tested their new boat with its sail up this morning in the Waitematā Harbour. 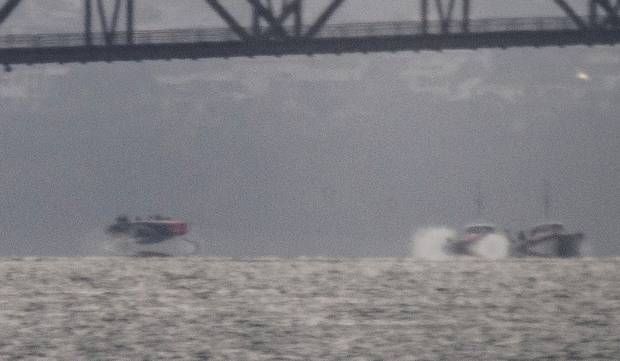 Having only previously tested their design via a state-of-the-art simulator, there was a mix of excitement and nerves as the soft wingsail was raised. 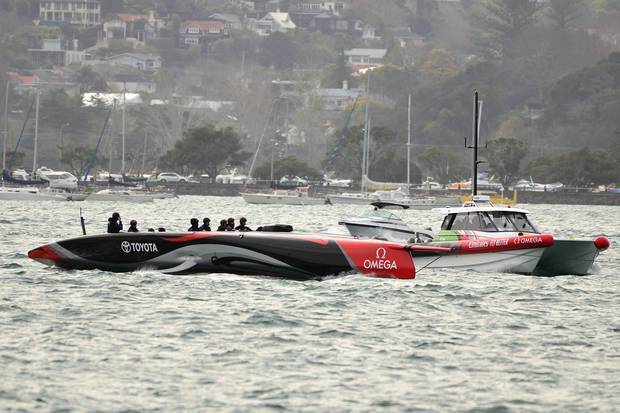 Team New Zealand sailor Peter Burling said he expected to see the other teams run with similar designs for their vessels, at least in the first race boat.

American Magic looks likely to launch the next America's Cup boat while delays hit the British and Italian syndicates.

American Magic, backed by the New York Yacht Club, have already dipped their boat at their Rhode Island base but are yet to announce a date for its official launch.

The first event of the America's Cup World Series scheduled for late April next year in Sardinia.